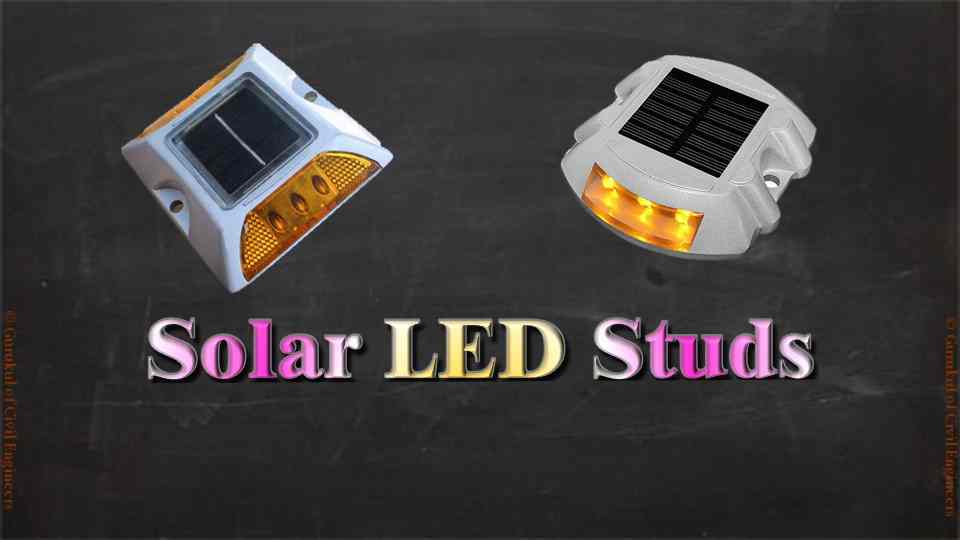 What is Solar LED Road Stud?

What are the colours of LED road studs?

What is Solar LED Road Stud?

Traditionally road edges are delineated with road studs and road markings to inform drivers to drive along the lanes. But with the passage of time and irregular maintenance, the road studs become less visible in dark hours and as a result, create black spots along the road and raise the risk of road accidents.

Also, on busy roads, it's hard to see those delineation marker studs easily, the same applies to rainy and wet nights. So, what is the solution? Solar LED Road Studs are programmed switch-controlled studs through solar panels (with backup battery options) and Led circuit networking that provides bright lane delineation and a clear path to all road users.

It is also very useful in an urban setting when pedestrian crossing needs clear and bright delineation for pedestrian as well as vehicular traffic benefits. These studs are high-powered (charged with solar lights) LED studs and highly reflective (clearly visible from approx. 900m to 1200m distance), 10 to 12 times more reflective than traditional studs.

The solar-powered road studs are made of solar panels, LED chips and accumulators. The panels are placed on the top of the stud to receive sunlight to transmit it to electrical energy and save in the accumulator. The LED studs are placed on two sides facing the vehicle to reflect the LED lights.

The photoelectric switches are used to transmit the LED light through the studs to delineate the road edges. There are two key locations where solar-powered studs are commonly used for road delineation purposes, first along the centre line of the road and second along the road edges.

The studs are needed to have an adequate load-bearing capacity for heavy vehicles, they need to be buried on top of the road surface with a 5mm to 8mm upstand. If it is placed correctly, the service life of road studs is 7-9 years with minimum maintenance requirement.

The adequately placed solar LED studs provide very high reflection and drivers get approx. 25 to 30 seconds of reaction times to control the vehicle and manoeuvred the vehicle accordingly.

What are the colours of LED road studs?

Road studs are made in five types of LED colours and all five are made for different positions on the road and serve a different purposes.

White Road Studs are provided in between the lanes in case of dual carriageway or motorway. The white road studs inform the drivers to stay in the lane. it also informs the drivers about the overtaking opportunities if it is safe to do so.

Solar Led Studs are also very useful to provide pedestrian crossing in urban streets. Conventional studs across the crossing are directly influenced by the headlights of the vehicle and sometimes don’t perform efficiently. But solar LED Studs to receive power from small solar panels fitted at the top of the stud, so they are not dependent on vehicular light to reflect the delineation.

I hope the blog provides you with in-depth knowledge of solar LED studs and their usage.